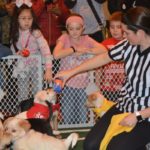 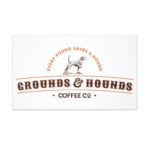 Pet Central Helps is proud to have sponsored our 3rd annual puppy bowl this year! It was held at the Marriott in Normal. About 100 people attended the Puppy Bowl, in which the dogs were provided bandannas representing either the Kansas City Chiefs or San Francisco 49ers. Points were scored when one of the dogs carried a toy placed in the fenced-in area, across a goal line. We are looking forward to next year and thank you to all of our Puppy Bowl supporters!

Click here to see the article in the Pantagraph.

Pet Central Helps is happy to announce that we have partnered with Grounds and Hounds Coffee Company, who donates a portion of their sales back to animal rescue organizations like ours! Grounds and Hounds was founded with a belief similar to that of our mission statement: pets and people belong together! You can shop using our direct link or enter the coupon code "petcentral15" at checkout. This gives you 15% off every order you make. How do we benefit from your shopping? 10% of your first purchase and 5% of all following purchases will be donated back to Pet Central! Grounds and Hounds sells coffee in whole bean, ground, and single serve pod form, as well as apparel, mugs, and other awesome gear. Drinking coffee and saving animals has never been so easy! 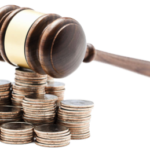 Pet Central Helps has a brand new Facebook page showcasing our events and auctions! If you haven't yet, please give us a "like" on THIS page!

We are currently hoping for a great turnout at our Quarter Auction, found on this events page!  This will be Thursday, May 23rd, 6:30-9 at the Bloomington Moose Lodge, 614 Iaa Dr, Bloomington, Illinois 61701.

Doors open at 5:30pm and we start at 6:30pm! Come out and help us in supporting the Pet Central Helps!

Paddles are $1 each and we will have 50/50 raffle! All auctions are 1-4 quarters! Grab your friends and come out for an evening of fun, Share this event with your friends and family as this is an event open to the PUBLIC!

There will be raffle baskets as well! More info to come! 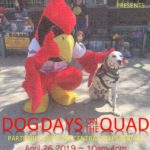 Dog Days on the Quad

Join us in the ISU Quad and walk our adorable, adoptable puppies for only $2! All proceeds go to Pet Central Helps and the ISU Student Pre-Vet Association! You can find us there Friday, April 26th from 10 a.m. to 4 p.m. 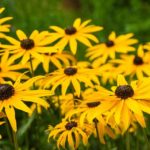 PetSmart Plant Sale benefitting PCH! Splitting perennials:  black eyed Susan's (yellow daisy with black eye), button flower, purple cone flowers, host as, geranium, zebra grass, canna bulbs, coreopsis, and sedum.  These come back every year and flower at different times of the spring, summer and fall. Various sizes of "pots"/ plastic bags with numerous flowers in each container.  Usually ONE of each of these plants will cost $4-$8 at the nursery.  Asking for Donations with profits going to Pet Central Helps for supplies for our rescues. Pick yours up today at PetSmart in Bloomington! 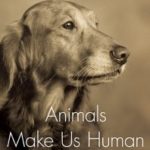 Please join us at Bone Student Center on April 10th at 7 p.m.  We have a close connection to Temple and you're sure to love this!

Temple Grandin, often considered the most accomplished and well-known adult with autism in the world, will be the keynote speaker for Science and Technology Week 2019 at Illinois State University.

Her talk, “The World Needs All Kinds of Minds,” will be at 7 p.m. Wednesday, April 10, in the Brown Ballroom of the Bone Student Center. Sponsored by the College of Applied Science and Technology, the talk is free and open to the public. A book signing will immediately follow the lecture. The talk is also part of the Illinois State University Speaker Series.

A prolific author, Grandin’s book Emergence: Labeled Autistic stunned the world as it challenged the assumption that an autism diagnosis was virtually a death sentence to achievement or productivity in life. Her life story was made into an HBO feature film starring Claire Danes. The movie received seven Emmy awards, a Golden Globe, and a Peabody Award. Grandin is sought after globally to speak about her experiences with autism, cattle handling, and the humane treatment of animals. Her TED talk has been viewed by over 4.8 million people.

She is the author of Thinking in Pictures: My Life with Autism, among others. Her books Animals in Translation and Animals Make Us Human were both New York Times bestsellers.

She has been featured internationally in the media including National Public Radio, major television programs such as the BBC special “The Woman Who Thinks Like a Cow,” ABC’s Primetime Live, The Today Show, CNN’s Larry King Live, 60 Minutes, 48 Hours and 20/20, and has been featured in Time, People, Forbes, U.S. News and World Report, and The New York Times, among others. In 2010, Time Magazine named her one of the 100 most influential people. 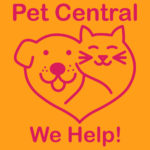 Check out our online auctions and help us raise funds for our special medical needs fund! From time to time, we take in animals with special unexpected medical needs. Some examples are illnesses such as heartworm or parvo and medical conditions needing surgery, such as mammary tumors and skeletal defects. You have the chance to get some great items; and help us meet the special needs for our rescue animals.

RULES: 1. Bidding starts January 13th and ends January 20th at 2 pm. 2. Bidding must be in whole dollar increments. 3. Bidder must be over 21 to bid on a basket including alcohol. Must show ID when picking up item. 4. Bid must be on original picture to be valid. Please make sure your comment is on the picture in the original album posted. 5. Payment arrangements must be made within 24 hours of auction closing. If arrangements are not made, item will go to next highest bidder. Payments accepted are PayPal and cash. 6. Local pick up at our office in Normal, IL is encouraged; but items can be shipped at the winner’s expense.

So, check out our items HERE and let’s have some fun! You get awesome stuff for you and your pets and help us replenish our medical needs fund! Don’t forget to SHARE our page with your friends so they can join in on the fun too! 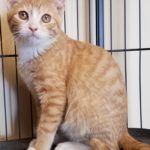 We have a wish to add to our list- we are desperately needing some cat litter! We are OUT and have recently taken in some new kitties. Petsmart has Arm & Hammer clumping litter 26 lb boxes on sale for $10. Farm and Fleet also has bags on sale 2 for $6. For ease of shopping, here is our Amazon WishList: http://a.co/0jKD1wD.

Donations can be dropped off at our office at 360 Wylie Dr, Normal, IL 61761, mailed to the same address!

Thanks for your support! 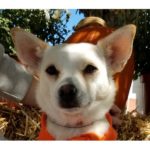 Help us raise funds to pay for extra medical needs for Hera, Gus, Indigo, & Monty! Check out our online auctions! You have the chance to get some great items; and help us meet the special needs for 4 our current rescue animals.

RULES: 1. Bidding starts December 9th and ends December 16th at 11 am. 2. Bidding must be in whole dollar increments. 3. Bidder must be over 21 to bid on basket including alcohol. Must show ID when picking up item. 4. Bid must be on original picture to be valid. Please make sure your comment is on the picture in the original album posted. 5. Payment arrangements must be made within 24 hours of auction closing. If arrangements are not made, item will go to next highest bidder. Payments accepted are PayPal and cash. 6. Local pick up at our office in Normal, IL is encouraged but items can be shipped at the winner’s expense.

So, check out our items HERE and let’s have some fun! You get awesome stuff for you and your pets, and we can help Hera, Gus, Indigo & Monty! 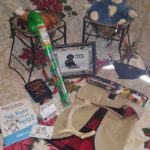 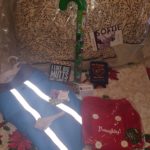 #2 I Promise I’ll be good!
You and your pup can get ready for bed and then watch a movie! The main attractions in this basket are “Naughty” dog PJs (size L), a large dog bed, & a Family Video $5 gift card. Also included in this basket is a waterproof reflective dog jacket (size L), a decor “Big Mutts” sign, a Greenies candy cane filled with treats, an antler, Pet Central Helps can hugger, & poop bag holder (donated by Advantage Lawn & Landscaping). 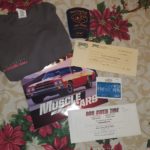 #3 It’s a Guy Thing
Calling all the guys - this one’s for you! Basket includes a FREE oil, lube and filter change from Don Owen Tire & Auto, a $30 Lowe’s gift card, 2 lbs of FREE wings from Schooners, a T-shirt, a calendar, & a Pet Central Helps can hugger. 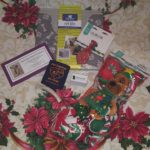 #4 Framed Furry Friend
Make your memories last forever! This auction is for a framed, hand drawn black/white charcoal portrait of your pet (a $250 value!). Basket also includes a stocking full of dog toys, with a canvas toy box to put them in, a holiday bowtie, an antler, Pet Central Helps can hugger, & poop bag holder (donated by Advantage Lawn & Landscaping). 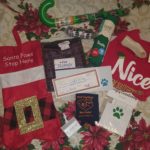 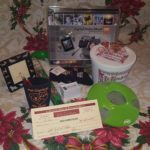 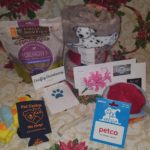 #7 Shopping Spree for my Pet and Me
Time to load up your pup and go shopping! Basket includes a $30 certificate for That Dapper Pet, a $25 Petco gift card, a “Dog Mom” decal from Crafty Creations, a 50 x 60 plush throw blanket, a bag of Simply Nourish treats, 2 Bark Box toys, an antler and a Pet Central Helps can hugger. 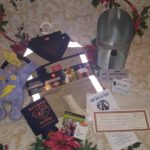 #8 Food and a New Do!
Drop your pet off for a pampering session and grab a bite to eat while you wait. Basket includes Canine Classics $25 certificate, Market Grille $20 certificate, $5 for Family Video, an XL Dickies coat, a Bark Box toy, large food scoop, antler, Pet Central Helps can hugger and poop bag holder (donated by Advantage Lawn and Landscaping. 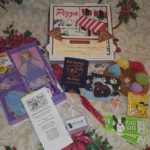 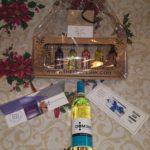 #10 Oil on Oil, I need a Glass!
Pamper yourself and then enjoy an evening at home. This basket includes a FREE 1 hour massage at Massage Envy, a $20 Bed, Bath & Beyond gift card, a sample pack of oils from the Olive Bin, & a bottle of wine (donated by D6 Mowing). 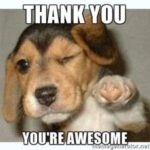 Pet Central Helps! on the News!

Thanks to WJBC for featuring us on their radio show.  Missed it live?  Listen here! 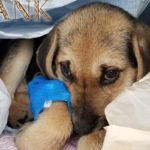 Go Fund Me for Parvo Pups

Can't make it to the benefit at Fat Jacks but want to help the parvo puppies directly?  You can donate to our Go Fund Me set up just for them! You can find that page here. 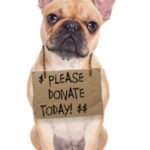 Pet Central Helps! has donation boxes! If you shop at the following retailers, please consider donating this holiday season! You can find a copy of our wishlist here.

Pet Central Helps will be hosting a benefit at Fat Jacks on December 10th, 2018 from 4pm - 8pm for the puppies that have been infected with Parvovirus. Bartenders will be donating their tips to Pet Central Helps, there will be silent auctions and 1/2-price appetizers! Please check out our Facebook event here.